Chris is NOT leaving us!

But 20 years of service is a milestone we just had to recognise.

Having previously worked in the great outdoors as a sheerer, back injuries put that career path to an end for Chris Gill of Merriwa. In 1996 he worked for a few months for Upper Hunter Community Transport but it was not until the following year that the position as a bus driver became permanent for him.

"It is a bit more easy going than sheering," Chris said of his position.

He has seen a great number of staff come and go through the evolution of TransCare. And there has been a number of changes to how things are done.

"I would forget the peoples names so I would put the names in a book with a description so I could know their names."

And, some in the office will point out that while the exercise book has done its job and moved on, old habits may die hard.

Chris is always a laugh in the office as well as on the road.

"I have known Chris for 15 years as his employer and appreciate his work ethics, loyalty and reliability … and to top it off he's just a 'good bloke' who cares about his clients!!" Alan Gordon - CEO 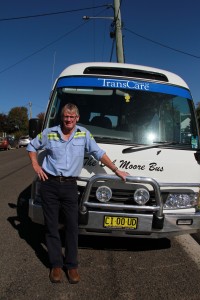 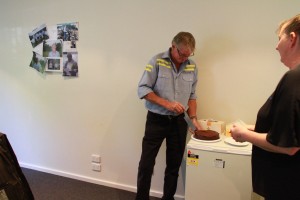 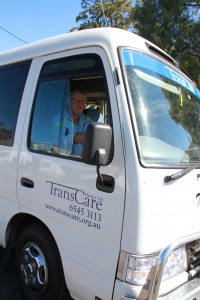